The Bank of New York Mellon Corporation – Think Buffett/Munger Are On To Something?

At first blush some investors might look at BK’s results and be concerned. Upon further review, however, we see that BK benefited last year from a one-time gain due to a change in U.S. tax laws.

In my previous BK related article My Favorite Investors Appear to Really Like This Company I concluded with:

‘BK was trading at ~$57 when I wrote my January 21, 2018 ‘High Entry Barriers Work in Its Favor’ article but with the recent pullback I now view the shares as fairly valued. I intend to acquire more shares for the retirement account which currently holds BK shares.’

In keeping with my disclosure that I would be acquiring additional BK shares…I did…at roughly the same price as the current ~$50.43.

Now, many investors will go to their stock screener, will look up BK, and the first thing they will look at is the dividend yield. They will see that BK’s dividend yield is sub 2.50% and immediately discard BK as a potential investment.

Fair enough. We all have our own goals and objectives when it comes to investing and I know many investors are trying to generate a reasonable level of income from their equity investments.

My concern with this method of identifying potential companies in which to invest is that focusing exclusively (almost exclusively) on high dividend yielding companies is likely going to take an investor beyond their TRUE ‘comfort zone’.

While 7%+ dividend yields might certainly be enticing, one must not forget that a coin has two sides. Let’s call them ‘reward’ and ‘risk’.

Based on my personal observations I long ago came to the realization that many retail investors truly over estimate their tolerance for risk. In fact, I recently wrote If It Looks Too Good To Be True It Probably Is in which I provided my opinion on two companies with 9%+ dividends yields that had been recommended by a highly followed website.

I have also recently corresponded with several readers of this blog inquiring about my opinion about high dividend yielding stocks.

I certainly do not profess to be able to make the right call all the time. As an investor, however, who retired in his mid 50s (spouse retired in her early 50s) with absolutely no interest of ever returning to the workforce on a part-time or full-time basis, I must rely on dividend and rental income to service our ongoing obligations. Suffering a permanent impairment to our capital by investing in higher risk companies is not something I take lightly. I am, therefore, inclined to gravitate toward companies with strong Free Cash Flow, a relatively low dividend yield (typically sub 3.5%), strong competitive advantages, a track record of dividend increases over the long-term, etc..

As a result, I have not relegated BK to the ‘not interested’ bucket of companies. In fact, I purchased several hundred BK shares on December 30, 2010 and again on September 8, 2011. One quick look at BK’s long-term stock chart will reveal that BK was not exactly at the top of the investment community’s mind around the time I acquired shares.

I have also made a few smaller additional purchases and have also been reinvesting all dividends.

Now that BK has just released its FY2018 results I am taking this opportunity to revisit BK.

Think Buffett/Munger Are On To Something?

I mention Buffett and Munger in many of my articles and will continue to do so until such time as someone else comes along who outperforms them over the long-term.

This Business is Growing!

According to the Investment Insights issued January 14, 2019 by BNY Mellon's Lockwood Advisors, Inc., investors have not put much stock in economic forecasts, fundamentals and valuations and they have largely been preoccupied with future developments, as technical and pessimistic sentiment has driven markets.

Concerns include, but are not restricted to, global growth, central bank tightening, trade disputes, US government shutdown, uncertainty around Brexit, a highly dysfunctional US President, and plummeting oil prices.

According to the report, the U.S. economy's changing trajectory is not that different than that of turning a battleship. The economy may be decelerating a bit, but it's still progressing at a solid clip and is currently generating positive momentum.

BK’s most recent results can be found here. 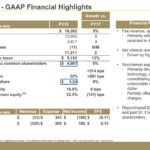 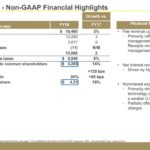 BK has recently announced that it is cautious regarding how the economic and market environment will impact its business in 2019. With a keen focus on managing its expense base and its ongoing drive toward efficiency (ie. the continued increase in investment in technology and infrastructure without meaningfully impacting the total cost base), BK is going to have to come up with the money to do this from somewhere. Sadly, that somewhere includes staff cuts.

‘These things at some point have to become just part of what we do. We right size the employee base. I mentioned on the last quarter call that we were taking a step back and really thinking about how the Company was organized. I talked about the spends and the layers and the managers that have very few direct reports. That was a very specific initiative that we looked at across the entire Company. I think, what we would hope is as we go forward, it becomes more ordinary course as managers manage based upon attrition and things like that. And hopefully these things do go away.’

BK’s credit ratings from Moody’s, S&P, Fitch, and DBRS can be found here. The ratings for the various BK entities differ but all the long-term credit ratings are investment grade. I continue to be comfortable with the level of risk I am assuming by investing in BK.

BK’s dividend and stock split history can be found here. You will note that BK’s dividend history has been less than stellar but annual dividend increases now seem to be back on track.

With BK currently trading at ~$50.43 the $1.12/year dividend provides investors with a ~2.22% dividend yield (or ~1.9% if shares are held by Canadian residents in non-registered accounts). As noted in the Introduction of this article, this low dividend yield will be enough of a deal breaker for many investors.

BK’s performance relative to the S&P 500 varies considerably depending on the purchase date and the duration in which BK shares have been held; enter various dates here to see how BK has performed over different time frames. In many cases the S&P 500 has vastly outperformed BK but readers need to keep in mind that BK is very different from high octane growth companies whose share price have become detached from reality over the past few years.

Here is a positive announcement on December 10th regarding share repurchases!

Based on historical levels, BK appears to be reasonably valued.

While BNY Mellon's Lockwood Advisors, Inc. is of the opinion that the US economy:

I am of the opinion that now is not the time for retail investors to assume high levels of risk. If anything, now is the time to be cautious but to stay the course.

Disclosure: I am long BK.

By Charles Fournier|January 16th, 2019|Equity Investing|Comments Off on The Bank of New York Mellon Corporation – Think Buffett/Munger Are On To Something?