If It Looks Too Good To Be True It Probably Is

For long-term risk averse investors, neither company would be an appropriate investment.

In this article I compare the extent to which both companies have rewarded shareholders with two extremely high quality companies such as Berkshire Hathaway (BRK.b) and The Royal Bank of Canada (RY).

Occasionally I will stumble across an article in which a writer recommends as an attractive investment a company / companies with which I am unfamiliar. Out of curiosity I may conduct a very high level analysis to see whether a more comprehensive analysis is warranted.

Upon reading the title of the article, my suspicion was that these companies are totally inappropriate investments for less sophisticated investors or investors with a low tolerance for risk such as me. After all, a 10% annual return in our current low interest rate environment certainly suggests an above average level of risk.

While I would never remotely consider investing in either of these two companies I nevertheless wish to provide my thoughts as to why fellow investors should look past the alluring yields.

APR-UN.TO is a Real Estate Investment Trust (‘REIT’) which was formed primarily to own income producing automotive dealership properties located in Canada. This is a relatively new REIT having commenced operations on July 22, 2015 following completion of an initial public offering (‘IPO’) of units.

The REIT is externally administered by the Dilawri Group pursuant to an Administration Agreement. The Strategic Alliance Agreement with Dilawri allows the REIT to benefit from a preferential relationship with Dilawri, as Dilawri develops and acquires automotive dealership properties in the future.

The plan is that as the REIT grows, management intends to continue to diversify the REIT’s tenant base. Management, however, has indicated that it expects that the Dilawri Group will provide a significant proportion of the REIT’s rental revenue for the foreseeable future.

Given that the Dilawri Group is the primary tenant and held, together with certain of its affiliates, a ~39.1% effective interest in the REIT as at September 30, 2018 I was interested in determining the financial strength of the group.

Such information is difficult to find since Dilawri is a private company. Clearly I am not the only investor interested in ascertaining the financial strength of the Dilawri Group, and therefore, the REIT provides a brief description of its key tenant. 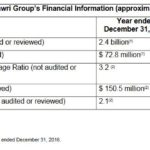 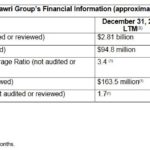 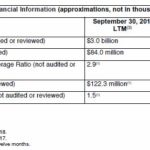 The limited information about the Dilawri Group provided by APR-UN.TO is all the information I have to go on. I can not, therefore, comment on the strength of the Dilawri group other than to state that the group appears to be profitable.

Let’s compare how an investment in APR-UN.TO has performed relative to an investment in a high quality company such as Berkshire Hathaway (BRK.b) which, as per BRK’s 2017 Annual Report, owns several auto dealerships (page A-4).

Okay…I’ll admit it. Comparing these two companies from a risk perspective really is not fair. In my opinion, however, comparing a small cap company with another small cap company is not the way I think we should be comparing investment opportunities. I think we should look at the entire universe of companies and select what we deem to be the best companies that meet our investment criteria so we can achieve our goals and objectives.

In my case, Berskhire Hathaway is a company where I feel confident a good night’s sleep will not be interrupted; I worry about what will happen if the Canadian and US economies encounter a prolonged economic downturn.

As shown above, our APR-UN.TO investment has provided $12,179 CDN of benefit which is less than that provided by the far less risky BRK.b.

INO-UN.TO is an open-ended real estate investment trust created pursuant to a Declaration

‘A significant deficiency in internal control was identified with respect to accounting for complex financial instruments. As a result, management has taken corrective measures to ensure this deficiency is resolved by ensuring that persons responsible for derivative financial instruments are sufficiently experienced and educated and spend adequate time to ensure such instruments are appropriately reported. There was no resulting impact on the financial statements or MD&A at year-end and had no impact on financial information reported in prior periods.’

Once again, this is not a fair comparison from a risk perspective. Inovalis REIT versus The Royal Bank of Canada (RY)? I’ll take RY.

Let’s perform a similar comparison as we did for APR-UN.TO.

INO-UN.TO has distributed a total of $4.60625/unit starting with its first $0.6875 monthly distribution in July 2013. This means an investor who acquired units at the time of the IPO would have received $4,606.25 in total distributions.

Once again, our fellow investor would currently be further ahead by having invested in a high quality company such as RY versus INO-UN.TO, an entity of greatly inferior quality.

Some readers may be willing to accept a higher level of risk so as to generate a higher inflow of cash to support their ongoing expenses. In this case, however, the author of the article with the catchy title has proposed that the units be held in a TFSA.

We know that if you withdraw funds from a TFSA in a particular calendar year then a contribution can not be made to the TFSA until the following calendar year. As a result, if your game plan is to contribute to your TFSA annually then making withdrawals from the TFSA doesn’t seem to make sense.

When I contribute to our TFSAs the game plan is to purchase investments that will remain in the TFSAs for a prolonged period of time. It is for this reason that we seek to hold investments which possess a strong probability of generating capital gains (dividend income is of secondary importance).

Recommending investments for a TFSA in which a significant portion of the return consists of a Return of Capital does not seem to make sense to me.

We are also risk averse investors so investing in small cap companies such as APR-UN.TO and INO-UN.TO most certainly do not come to mind. The types of companies in which we invest (eg. BRK.b and RY) offer far less risk and have the potential to be far more rewarding over the long-term.

Finally, the two companies covered in this article have never increased their respective distribution. If the distributions remain stagnant for several more years, investors will find that the value of the income generated will have far less purchasing power than a few years ago.

Disclosure: I am long BRK.b and RY.

By Charles|January 12th, 2019|Equity Investing|Comments Off on If It Looks Too Good To Be True It Probably Is