This morning when I returned from my morning ritual of picking up coffee from our local McDonald’s (NYSE: MCD) I got to thinking how grateful I am that our annual MCD dividends more than cover my annual MCD coffee budget ($800 - $900/year).

Given that MCD released it FY 2016 results the morning of Janauary 23, 2017, I thought I would analyze its results to see if I can feel confident it will continue to finance my coffee vice.

MCD is the world's leading global food service retailer with over 36,000 locations in over 100 countries. More than 80% of their restaurants worldwide are owned and operated by independent local business people. 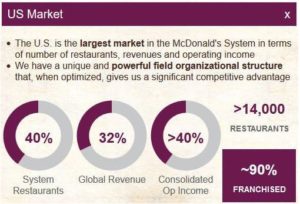 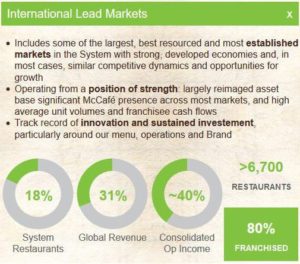 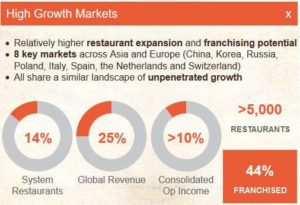 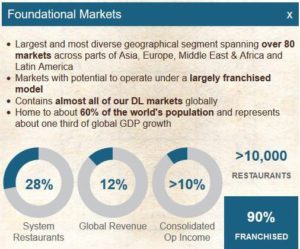 MCD has taken full advantage of the low interest rate environment and has raised a substantial amount of debt under attractive terms to repurchase roughly 191 million shares between Jan 1, 2012 – September 30, 2016.

I reference the following chart from MCD’s FY2015 10-K. While the FY2016 10-K has not yet been released I am confident MCD has raised additional LTD in 2016 for the repurchase of its shares under similarly attractive terms. 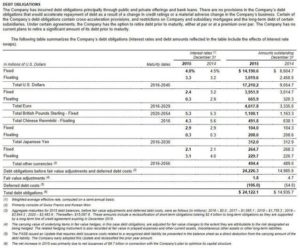 Recent press releases regarding MCD’s ongoing efforts to expand its global reach include: 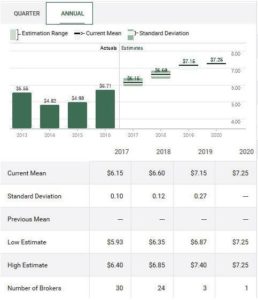 I support management’s decision to have gone on an aggressive share repurchase program.

I think current valuation levels are somewhat detached from reality and wish an overdue market correction would occur in the not too distant future. Should my wish be granted, and the current PE ratio of 22.68 drop to 19 or lower, I would acquire shares below $117.

Until such time as this level is reached I shall:

Disclosure: I am long MCD.

By Charles Fournier|January 24th, 2017|Equity Investing|Comments Off on McDonald’s Stock Analysis – I Need Those Dividends to Service My McDonald’s Coffee Consumption