General Mills – Too Many Headwinds

Companies in the Consumer Staples sector are typically viewed as a safe haven during periods of market volatility (refer to VIX which is a measure of volatility) or economic downturn. They have, however, fared poorly recently; this is now the worst-performing group YTD. The reasoning for this is concern about increased competition and tight margins as well as good global economic growth which tend to dampen enthusiasm for the staples sector.

In the event of heightened political and geopolitical tensions, stocks in this sector could see a boost in their valuations. In addition, investors are faced with continued uncertainty over the pace at which the Federal Reserve will raise short-term interest rates. It would, therefore, be prudent to have a market-weight position in the staples sector so as to provide some stability to your investment portfolio.

Given the above, I have recently reviewed Church & Dwight (NYSE: CHD) and Procter & Gamble (NYSE: PG) to determine which may be appropriate investments in this space.

In today’s article I take a look at General Mills (NYSE: GIS). I have chosen to analyze this company as I was recently asked for my opinion since GIS has pulled back from ~$60 toward the end of January 2018; it actually traded above $70 in June 2016.

GIS is a leading global manufacturer and marketer of branded consumer foods sold through retail stores. It is also a leading supplier of branded and unbranded food products to the North American foodservice and commercial baking industries.

A list of GIS’s brands in various categories can be found here.

While GIS prides itself on its brands being known for quality, many consumers who read the ingredients in several of GIS’s products will undoubtedly question the ‘quality’ claim.

GIS has considerable exposure to the center aisles of the grocery stores, an area which has faced declining traffic the past several years as consumers increasingly shop for fresher alternatives in the perimeter. An example of this is borne out by GIS’s cereal sales which have been declining ~3% the past 3 years.

Large food manufacturers such as GIS must also contend with mounting pressure from niche players which are often more attuned to evolving consumer preferences. In fact, GIS’s market share in yogurt has dropped to below 20% from above 25% in 2010! This partly reflects GIS’s slow response to trends like Greek yogurt that nimble upstarts foresaw.

Looking at the following 5 year CAGR forecast for the various GIS lines of business, we clearly see that all is not well from a growth perspective. 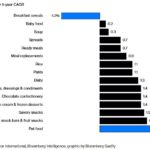 As you can see, Euromonitor International expects pet food will be the only North American food segment that will expand by more than 2% on average over the next five years.

GIS has been, and continues to be, challenged to grow its existing business. This explains management’s rationale to diversify into the higher growth pet food business through the recent acquisition of Blue Buffalo Pet Products (discussed later in this article). 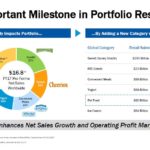 Results were disappointing and GIS has lowered its annual profit outlook as a result of higher supply chain costs. 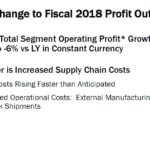 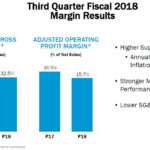 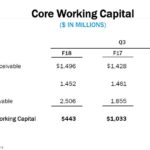 I will dispense with further analysis of GIS’s results since FY2018 results will be released in a little over a month and Investor Day will be held in July 2018. I will revisit GIS once this additional information is made available.

In an effort to reverse declining sales and to accelerate GIS’s portfolio reshaping strategy, GIS closed the acquisition of BBPP on April 24, 2018 for $40/share in an all-cash transaction. With the BBPP acquisition, GIS has acquired a natural pet foods business whose revenue jumped 11% in 2017.

At $8B, including debt, this represents GIS’s largest acquisition since the Pillsbury acquisition for ~$11B in 2000.

Funding details of this acquisition can be found here and here.

As you can see from these Press Releases, GIS issued an additional $6.05B of long-term debt of which $2.7B matures by 2023. In addition, GIS issued~22.7 million shares @ $44/share and granted the underwriters in the Equity Offering a 30-day option to purchase up to an additional ~2.27 million shares of its Common Stock. GIS shares have traded below the $44 level subsequent to the issuance of these new shares and new debt which would suggest investors are not entirely excited about the terms under which BBPP was acquired.

This BBPP acquisition pushes GIS’s net debt to 4.2x EBITDA. In an effort to address concerns about this debt level, GIS announced it is halting share repurchases and dividend increases. It plans are to reduce net debt to ~3.5x EBITDA by the end of FY2020. Once the balance sheet has been de-levered to more normalized levels GIS intends to recommence share repurchases. 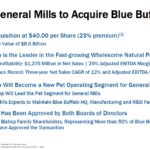 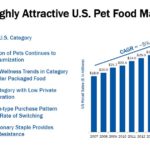 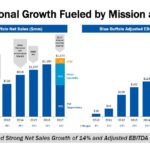 In FY2017, BBPP reported $0.319B in adjusted EBITDA. At a purchase price of $8B, this means that GIS is paying up front for 25 years worth of profit. It turns out this deal is among the most expensive ever in the packaged-food space, where valuations have shot up amid a dearth of growth opportunities for the industry leaders as consumers increasingly turn to natural, healthier options.

While BBPP might be 4x the size of the next largest wholesome natural pet food brand, GIS will certainly be challenged to compete against Nestlé-Purina, Mars, Colgate and Smucker’s. 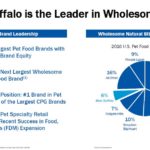 GIS has certainly leveraged its balance sheet over the years for the purpose of repurchasing shares. Add in the additional debt related to the BBPP acquisition and it is no wonder Moody’s downgraded GIS by 2 notches from A3 to Baa2 on February 23, 2018; S&P Global rates GIS BBB. Both ratings are at the mid-point of the lower medium grade.

While GIS’s debt level does not currently give cause for concern, management and the investment community in general are keenly aware debt reduction is of paramount importance.

GIS’s dividend and stock split history can be found here. Dividend growth has slowed in recent years and in conjunction with the BBPP acquisition, GIS has indicated that it will be maintaining its $0.49/share quarterly dividend until such time as it achieves its net debt to ~3.5x EBITDA by the end of FY2020.

This is certainly an enticing valuation but given GIS’s challenges, debt levels, and uncertainty as to how successful the BBPP acquisition will be, it is not surprising to see such a low projected adjusted PE.

Investors should temper their enthusiasm vis-à-vis share repurchases going forward. GIS has indicated that until such time as net debt is reduced to ~3.5x EBITDA (anticipated by the end of FY2020) share repurchases shall be put on hold.

I strongly suspect several investors will find the current ~4.6% dividend yield sufficiently attractive to warrant holding GIS or to initiate a position in GIS. In my opinion, GIS faces too many long-term headwinds (changing consumer preferences) and the fact it took on a significant amount of additional debt to acquire BBPP at a fairly lofty valuation gives me sufficient cause for concern that I am not prepared to invest in GIS.

As previously noted, I recently analyzed Church & Dwight (NYSE: CHD). While CHD does not compete directly with GIS, it still operates in the Consumer Staples sector. Based on my analysis of both companies I would prefer to have exposure to CHD and will take a pass on GIS as I view GIS to be a value trap.

Disclosure: I am long CHD. I do not hold a position in GIS and PG nor do I intend to initiate a position in either of these two companies within the next 72 hours.

By Charles Fournier|May 14th, 2018|Equity Investing|Comments Off on General Mills – Too Many Headwinds