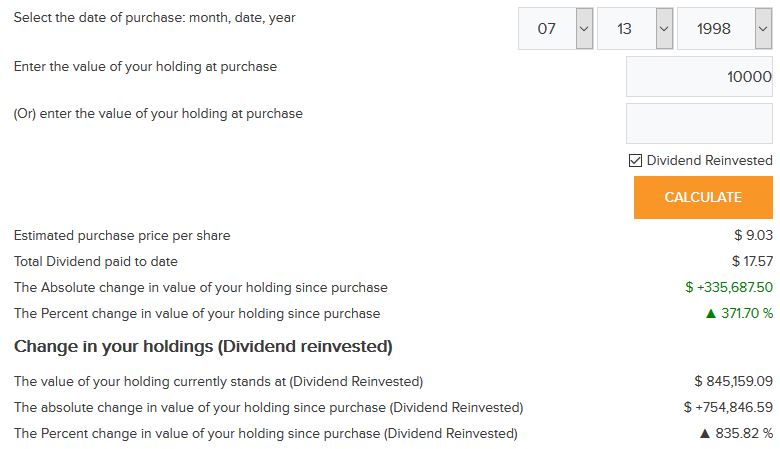 This company has increased its dividend for 35 consecutive years and its total return to shareholders over the 10 year period ending December 31, 2017, including reinvested dividends, was 80.2%. An investor who acquired 100 shares for $1,110 when the company was founded in 1955 and never sold them would now have 375,960 shares.

I recently wrote about a great company which has rewarded long-term shareholders but which currently appears to be somewhat overvalued. In today’s article I cover a company which has rewarded long-term shareholders (it was founded in 1955 but was listed on the NYSE on June 14, 1974), is experiencing some headwinds, and is undervalued which could lead to reasonable returns for patient investors.

In my opinion, the company has been undervalued for the last several years and valuation levels were slowly trending upward toward historical levels. A few months ago, however, allegations were made by a small number of employees that the company had been misleading about the company's sales and revenue. These employees accused the company of inflating a sales metric and of changing its timeline for recording revenue to improve its earnings reports.

The Securities and Exchange Commission (SEC) is currently investigating but an investigation by external lawyers hired by a special litigation committee constructed by the company’s board found no evidence of wrongdoing; a link to the ‘Report of the Special Litigation Committee of the Board of Directors’ for this company is provided in the full version of this article which is accessible to subscribers of this site.

Should the SEC find no wrongdoing, an inquiry is still expensive and the magnitude of the expense depends on what the SEC investigates.

As a result of the ongoing investigation, the company’s shares have traded in a fairly tight range for the last several months. As I compose the article, the company is trading at the low end of this range.

Sometimes attractive investment returns can be generated when negative news has resulted in a company being out of favor with many investors. In addition, this company’s peers have experienced a significant pullback in their stock price since the beginning of 2018; this company’s pullback is less extreme than its peers.

Another point I want to make is that the company reviewed in this article operates in an industry where the stock price is unlikely to be ‘knocked out of the park’. When creating a portfolio, however, I don’t think it is prudent to load up exclusively on companies in which you think they will consistently generate outsized returns. My reasoning for this comes down to the fundamental law of supply and demand. If everyone thinks a company will consistently generate outsized returns and they flock to a particular stock, the stock price will be driven up to the point where the value of the company becomes disconnected from the underlying fundamentals.

In my opinion, it is far better to create a well balanced portfolio consisting of companies within the 5 main economic sectors - Manufacturing & Industry; Resources & Commodities; Consumer; Finance; and Utilities.

If you create a balanced portfolio, several of your holdings will end up being ‘singles’. You will likely also end up with some holdings that may eventually become ‘doubles’ and, to a lesser extent, ‘triples’ and ‘home runs’. There is nothing wrong with a portfolio of companies that are spread over these classifications.

The company being analyzed in this article has managed to make disciplined long-term investors a lot of money. It has:

Should the company in question appeal to you but you are reluctant to invest in it until such time as the SEC investigation is closed, there are various option strategies you may wish to employ; I present one ‘plain vanilla’ option strategy in this article.