If you read my previous articles you will:

The company analyzed in this article, however, differs from the typical company I analyze in that it is a TSX listed company that is thinly traded.

I recognize there are risks associated with thinly traded equities but I have made an exception to the rule in the case of this investment.

In the Business Overview section of this analysis is an annual summary of this company’s financial progress since its inception in 1969. The results are impressive.

Here are some relatively recent statistics:

I find that companies in which investment in growth has been performed wisely over a prolonged period are oftentimes family-controlled companies for which the street and activists cannot interfere. This company is closely held by one of Canada’s top 100 wealthiest families and by investing in this company you may be able to benefit from their astute management decisions.

E-L Financial oversees its investments through representation on the boards of directors of the subsidiaries and the other companies in which the Company has significant shareholdings.

Duncan N. R. Jackman serves Chairman on all the Boards within the ELF group of companies. His father, Hal Jackman is ranked as the #1561 wealthiest individual in the world. Hal Jackman also served as the Province of Ontario’s 25th Lieutenant Governor (December 11, 1991 to January 24, 1997).

Before proceeding any further, I encourage you to look at the Summary of ELF's financial progress since inception in 1969 until FYE 2017. 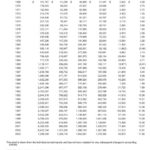 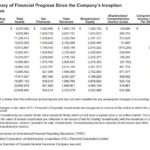 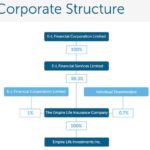 It was founded in 1923 in Toronto and is now one of the top 10 life insurance companies in Canada.

Given that ELF’s value is heavily dependent on its investment in Empire Life I want to ensure Empire Life is not in a precarious financial position. Let’s have a look at Empire Life’s credit ratings.

Subsequent to FYE2017, the ratings agencies have accorded the following credit ratings.

Another metric of interest to me is Empire Life’s Life Insurance Capital Adequacy Test (LICAT). The purpose of introducing LICAT on January 1, 2018 was to improve the quality of available capital and provide a better alignment of the risk measures with the long-term economics of the life insurance business.

The Office of the Superintendent of Financial Institutions (OSFI) is an independent federal government agency. It regulates and supervises more than 400 federally regulated financial institutions and 1,200 pension plans to determine whether they are in sound financial condition and if they meet supervisory target levels of 70% for Core capital and 100% for Total capital.

ELF holds a ~52.0% interest in a closed-end investment corporation, United Corporations Limited (TSX: UNC.TO) as at its most recent fiscal year end (December 31, 2017).

This entity’s objective is to earn an above-average rate of return, primarily through long-term capital appreciation and dividend income. Short-term volatility is expected and tolerated. The investment portfolio is comprised primarily of foreign equities.

ELF holds a ~24% interest in Economic Investment Trust Limited (TSX: EVT.TO) as at its most recent fiscal year end (December 31, 2017). This is a closed-end investment corporation which is an investment vehicle for long-term growth through investments in common equities.

I draw to your attention of the level of Insider activity. As you can see, most of the recent insider activity has been ‘Buy’ as opposed to ‘Sell’. 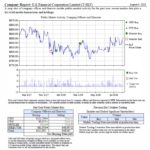 ELF does not have a Corporate website. Its Q2 2018 results released August 10, 2018 can be found through SEDAR. I provide below for ease of reference links to the FY2017 Annual Report and the Q2 Earnings Release as well as an image of a Summary of ELF's Consolidated Results 2013 - 2017. The Q2 results fall short of those reported in Q2 2017. The Press Release, however, explains that net income of $51.3 million in Q2 2018 compared to $64.4 million for Q2 2017 was mostly due to a higher amount of earnings attributable to non-controlling interests. ELF’s net gain on investments for Q2 2018 and Q2 2017 contributed to a pre-tax total return of 2% for both periods.

These financial results were released after markets closed August 10, 2018. If ELF were your typical publicly traded company, shares would have probably dropped after the markets closed and would likely open down on Monday, August 13. Given that the shares are so thinly traded, there will likely be no material change to ELF’s stock price when markets re-open on Monday.

If I look at ELF’s PE based on FY2017 results I get a trailing PE of ~5.40 ($825 stock price / $152.83 of diluted earnings). ELF’s net income, however, can experience significant swings depending on how the underlying equity investments perform. 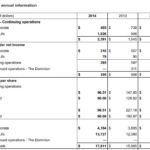 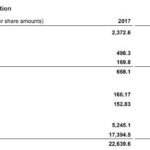 ELF is currently trading at $825/share and on August 10, the Board of Directors declared a $1.25/share dividend payable October 17 for shareholders on the record date of September 28. This provides investors with a ~0.6% dividend yield.

The dividend is certainly sustainable.

Since an investment in ELF is unlikely to be made on the basis of the dividend and dividend yield, I will dispense with any further discussion on this topic.

I recognize ELF is very different from the companies I typically analyze and it may hold little appeal to you. I suggest, however, that you not merely cast aside this company in the ‘not interested’ pile of companies.

In my opinion, an investment in ELF provides you with the opportunity to benefit from investments for which the typical retail investor would likely be unable to make.

The Jackman family’s wealth is heavily dependent on the performance of the companies within the ELF family of companies. Given this, I strongly suspect investment decisions are made with the long-term in mind; the Jackmans are in a position where they don’t have to be concerned as to the investment community’s questions regarding quarterly financial results.

I suggest you view an investment in ELF much like you would an investment in Berkshire Hathaway (NYSE: BRK.a and BRK.b). This would be one of those investments you acquire, tuck away, rarely look at, and then several years later you look at the share price and go ‘OMG!’….in a positive way.

Disclosure: I am long ELF and BRK.b.