United Technologies and Raytheon – A Proposed Merger of Equals

United Technologies Corporation (UTX) and Raytheon Company (RTN) have recently announced a proposed merger of equals. Regulatory approvals are still required but because the companies are complementary in nature with less than 1% overlap in sales, management is optimistic the transaction can close in the first half of 2020.

In my October 23, 2018 United Technologies (UTX) article I concluded that UTX was fairly valued and disclosed that I had acquired a few hundred shares for a ‘Side Account’ within the FFJ Portfolio; UTX shares have been held in undisclosed accounts since April 18, 2008.

I followed up that article with this January 23, 2019 article in which I touched upon the significant transformation taking place (ie. impending spin-off of Otis and Carrier and the integration of Rockwell Automation). I will not revisit this subject matter in this article.

Fast forward to June 9th and UTX and Raytheon (RTN) have just announced their intent to combine as a merger of equals; terms of the spin-off can be found here.

The merger of RTN, a leading defense company, and UTX, a leading aerospace company, comprised of Collins Aerospace and Pratt & Whitney will result in a newly created entity to be named Raytheon Technologies Corporation.

This new entity will have combined aerospace and defense segments revenue of ~$69B. An overview of the proposed transaction and the strategic rationale for the merger can be found by clicking on the link below. 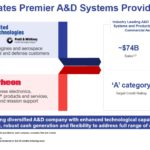 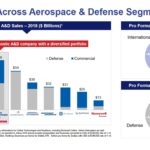 Naturally a deal of this nature and magnitude does not close in short order and it is unlikely regulatory approval will be secured before Q1 2020. This timing works out well since the spin-offs of Otis and Carrier are expected to close in the first half of 2020 and UTX is in the midst of integrating Rockwell Collins which was acquired in late November 2018.

Although nothing is assured, I envision this merger being approved with minimal concessions because the companies are complementary in nature with less than 1% overlap in sales. 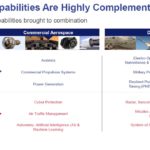 Guidance is for the new entity to achieve an A category credit rating. This is encouraging for current UTX shareholders because Moody’s downgraded UTX’s long-term debt one notch from A3 to Baa1 in August 2018; this rating is the upper tier of the lower medium grade category and is investor grade. In addition, S&P Global downgraded UTX’s long-term debt by one notch (A- lowered to BBB+ on November 28th).

An A category long-term unsecured debt credit rating is satisfactory for my purposes.

I think far too many assumptions need to be made to determine the value of the new entity and will dispense with this exercise.

We still have two divisions of UTX which have yet to be spun-off and the Rockwell Collins integration has yet to be completed. Now we have the recently announced merger of equals where UTX shareowners will own ~57% and RTN shareowners will own ~43% of a combined company on a fully diluted basis where the merger is expected to close in the first half of 2020.

Rather than make several assumptions which could turn out to be wrong in an effort to determine the value of the new entity, my investment decision is being based on what I envision after all the chess pieces stop moving.

If you are an existing UTX shareholder you:

will own shares in two smaller, more nimble and more focused companies (Otis and Carrier);

Have yet to realize the full benefit from the Rockwell Collins acquisition as the acquisition just closed late November 2018.

In addition, while UTX and RTN virtually have no business overlap, I have no idea whether the regulatory authorities will insist that certain segments of UTX and RTN be sold as a condition of approval.

My decision to acquire additional UTX shares is because I think the UTX and RTN merger will be approved with few conditions. I am also taking management at face value that the new entity will be able to achieve the following targets which should, in the long-term, richly reward shareholders. 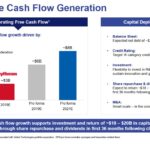 UTX’s dividend history can be accessed here; UTX has paid cash dividends on its common stock every year since 1936.

Toward the end of 2018 UTX became a member of an elite group of companies commonly referred to as the Dividend Aristocrats. This is a group of companies in which the dividend has been increased for at least 25 consecutive years. They are essentially among the ‘best of the best’ dividend growth stocks and have a long history of outperforming the broad market.

The requirements to be a Dividend Aristocrat are:

Looking at UTX’s dividend history I envision one more quarterly dividend of the same amount will be distributed in December 2019; the dividend tends to stay constant for 5 consecutive quarters.

Despite the impending spin-off of Otis and Carrier and the recently announced merger with RTN, I am reasonably confident that UTX is not going to interrupt its track record of consecutive years in which its dividend has been increased. I envision that when UTX declares its dividend in February 2020, shareholders will be rewarded with a ~$0.03/share dividend increase to $0.765/share/quarter.

From a high level perspective I like the proposed merger with RTN. I am also optimistic that once unshackled from UTX we will witness a more nimble Otis and Carrier which should result in long-term shareholders being aptly rewarded.

I fully recognize there are many moving parts and there is no guarantee that the UTX and RTN merger will be approved without any major concessions/conditions. I am, however, prepared to increase my UTX exposure based on the information currently available and will be adding to my exposure in the FFJ Portfolio and also in the undisclosed account in which UTX shares are currently held.

By Charles|June 10th, 2019|Equity Investing|Comments Off on United Technologies and Raytheon – A Proposed Merger of Equals